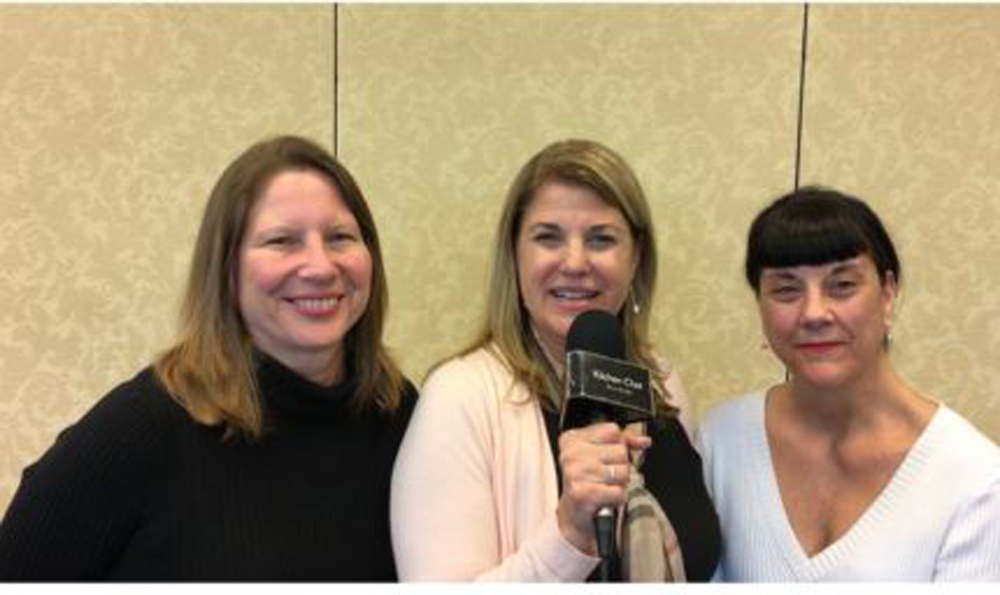 On May 1st, The James Beard Awards will once again be in Chicago!  And I have some exciting news to share….. Kitchen Chat will be on the Red Carpet interviewing your favorite chefs and nominees, and my dear friend, Chef Jaime Laurita will be my special co-host.  For live feeds of the evening, follow #jbfa and also my twitter @mcsweeney.  Kitchen Chat’s interviews from the red carpet will post next week via podcast, radio and video.

James Beard was the first celebrity chef on television.  As Susan Ungaro, President of the James Beard Foundation, says in a previous kitchen chat “James Beard was teaching America how to cook on television in black and white long before anyone else.” James Beard hosted the first cooking show on NBC in 1946 called I Love to Eat.  In addition, James Beard championed fine American restaurants, including The Four Seasons Restaurant in New York City, the first restaurant in America to feature seasonal foods on the menu. How fascinating that before the morning shows had in-studio kitchens, the hosts would actually go to the James Beard House kitchen to film. I hope you will download my kitchen chat with Stephen Bruce (a founder of Serendipity 3 in New York City).  He shares the story of learning how to make an omelette in James Beard’s kitchen in the early 1950s. These days, you can watch invited chefs cook in the James Beard House kitchen via the JBF Kitchen Cam.

Stephen Bruce, a founder of Serendipity 3

On May 19th, the documentary James Beard: America’s First Foodie will air on PBS American Masters.   Recently, I interviewed Kathleen Squires and Beth Federici,  the co-producers of this film. As Squires explains, “A lot of people know about the James Beard awards, but they don’t know much about the man behind the medal.”  This movie provides an in-depth insight into the culinary giant named James Beard.  He was the pioneer of the farm-to-table movement and both elevated and celebrated American cuisine.

But most all, I love that James Beard had a huge heart for charity.  He co-founded City Meals on Wheels in New York City with Gael Greene to help feed elderly people in need.  This non-profit organization has delivered over 54 million nutritious meals since 1981.

May is the month to celebrate James Beard.  May 1st: The James Beard Awards in Chicago.  May 5th: James Beard’s birthday (He would have been 114 years old), and May 19th: James Beard: America’s First Foodie on PBS. Meanwhile, I hope you will download some of the Kitchen Chats with previous James Beard award winning chefs and restaurateurs,  including Alon Shaya, Donnie Madia  Nancy Silverton, Rick Bayless and many others.  On a personal note, my kitchen chat with last year’s James Beard Lifetime Achievement Award recipient,  Chef Leah Chase was a poignant moment in my life.

Cheers to James Beard,  the man behind the medal.

What is your favorite James Beard recipe? Thank you so much for joining me on this culinary journey.