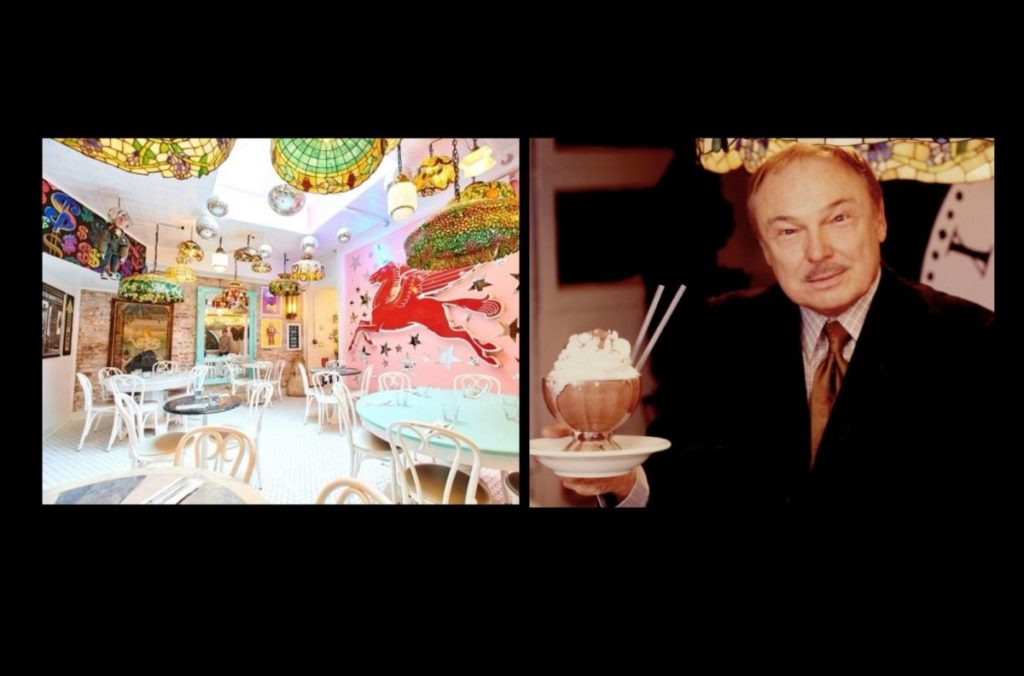 “New York was the spell, the impetus of making it work. We were three young men and we came to New York to seek fame and fortune. We turned out to be the toast of the town, at least on the East Side.” Stephen Bruce

Serendipity3 is a place of celebrating delicious milestones with family and friends while savoring an omelette and sipping a Frrrozen Hot Chocolate. This iconic restaurant recently celebrated 67 years, a rare honor in New York City. Very few restaurateurs can say that James Beard taught them how to cook in the James Beard House. Stephen Bruce, a founder of Serendipity3 shares how America’s First Foodie taught him along with his co-founders, Patch Caradine and Calvin Holt how to make an omelette. Stephen Bruce attributes James Beard for helping create the popular menu staple, Caviar and Sour Cream Omelette served at Serendipity3.

During this special Kitchen Chat, Stephen returns to the James Beard House for the first time in over 67 years and reminisces about his weeklong cooking lessons with James Beard. Stephen was one of my first guests on Kitchen Chat many years ago, and I have always wanted to capture his compelling story on camera. He is dashing, gracious, stylish and charming.

After the James Beard House, we went to Serendipity3. Seated upstairs in the newly decorated restaurant, Stephen shared amazing memories about some of the celebrity guests including Cher, Marilyn Monroe, Jackie Onassis, Gloria Vanderbilt and many others. How special to see the sketches that Andy Warhol had done for Stephen at the restaurant. Stephen and Andy were great friends, and Serendipity3 was a place of inspiration for this artist. Many film scenes have taken place at Serendipity3, and Stephen even has a cameo in the Serendipity movie.

Fashion also played a key role at Serendipity3. Stephen’s many talents also include being a fashion designer. On the May 1964 cover of Vogue, Wilhemina is featured wearing one of his beach wrap designs. Serendipity3 even had a pop-up denim museum that featured famous contributors, including a denim apron from James Beard and a denim purse by Gloria Vanderbilt. Diana Vreeland loved this collection so much that she brought it to the Costume Institute of the Metropolitan Museum of Art where she was a special consultant.

Thanks to the vision and passion of Stephen Bruce, Patch Caradine and Calvin Holt, Serendipity3 has always been a fulcrum of food, pop-culture and fashion in New York City. Selena Gomez, a “newly minted partner and investor” will help Serendipity3 continue this special legacy for families and generations to come.

What are you favorite Serendipity memories?