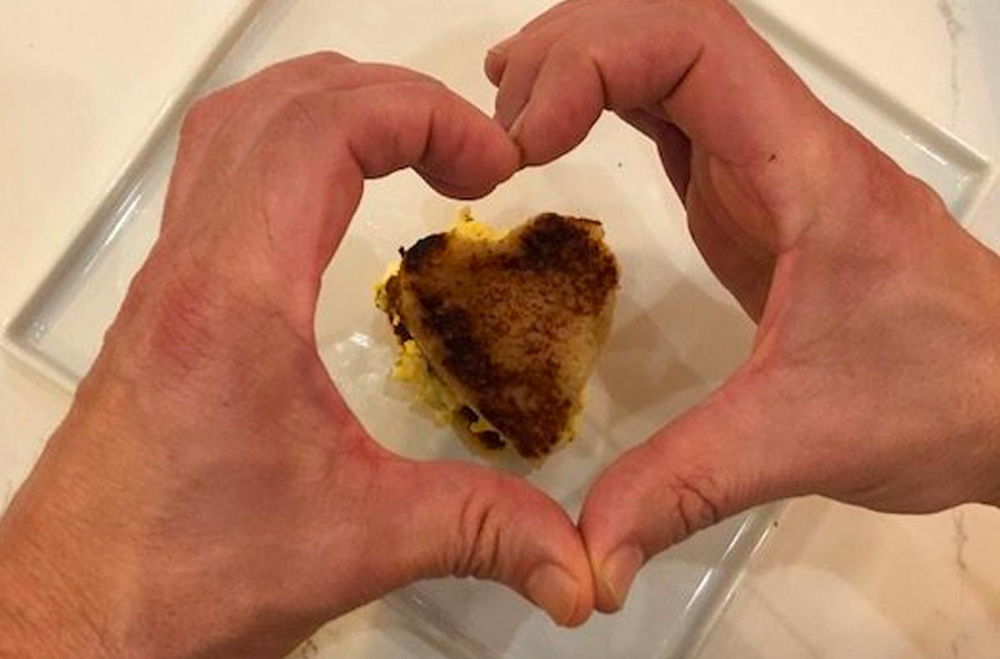 It’s that time of year again when Kitchen Chat pairs an Oscar nominated film with a Kitchen Chat nominated recipe.  Did you see The Shape of Water?  This fantasy, sci-fi thriller and romantic movie about a lonely woman who falls in love with an imprisoned sea creature is getting a lot of buzz in Hollywood and around the country.  The New York Times says that “The Shape of Water is the film to beat at this year’s Oscars.”

A key scene in the movie was when Eliza (played by Sally Hawkins)  feeds hard boiled eggs to the sea creature. They bond over food.  Chef Gale Gand’s recipe for Bacon and Egg Salad Sandwiches is the perfect pairing.  Watch this video as Chef Jaime Laurita and I prepare Chef Gand’s recipe in the new Viking showroom in Chicago located in the Merchandise Mart.

I will be in LA tweeting and eating with CTV during the Oscars.  Follow the fun with hashtag #etalkRedCarpet

Who are you cheering for at the Oscars?

Here is Chef Gale Gand’s recipe. (used with her permission).

You’d think that cooking a proper hard boiled egg would be easy. It’s just an egg boiled in water. But so many people over cook them which causes the yolk to go khaki green and almost dry. My friend Julia Child taught me how to make them and they come out exquisite every time…and it couldn’t be easier. This way, egg salad comes out sunny yellow. Just start the eggs in cold water and bring them to a boil then immediately turn them off and let them sit 5 minutes. That’s enough to cook them through without over cooking them. These are a delicious breakfast sandwich, especially on a buffet.

Salt and black pepper to taste

4 strips of bacon cooked and chopped

In a sauce pan place the eggs, salt and cover them with water to 1 inch over the eggs. Place on the stove on high and bring to a boil. Once they come to a boil, turn off the heat and let them sit 5 minutes. After 5 minutes, place the sauce pan under running cold water and run the water till it feel cool in the pan. This will help the shells separate more easily from the egg white. Chill over night if you have time marked with an X so you don’t mix them up with non-boiled eggs.

Peel them under cold running water to make sure any small pieces of shell are removed. You can keep them in water, chilled for up to 2 days at this point. Chop them loosely and place them in a bowl. Sprinkle in the bacon then add the mayonnaise and stir with a fork. Taste and season with salt and pepper. Spread the egg salad on bread to make sandwiches. Top with another slice of bread and cut corner to corner and serve, or chill and serve later, but the same day.