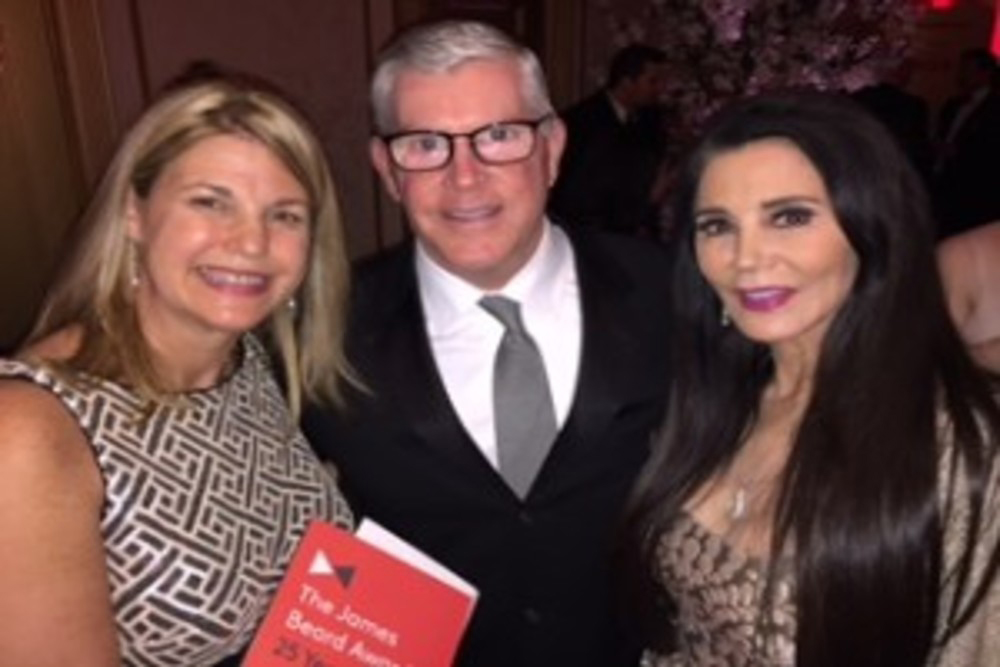 America’s first television celebrity chef was Susan Ungaro, President of the James Beard Foundation, shares how James Beard’s legacy continues to educate and mentor generations of professional chefs and food enthusiasts.  You may not know that James Beard hosted the first cooking show on NBC in 1946 called I Love to Eat.  In addition, James Beard championed fine American restaurants, including The Four Seasons Restaurant in New York City, which opened in 1959.  This was the first restaurant in America to feature seasonal foods on the menu. How fascinating that before the morning shows had in-studio kitchens, the hosts would actually go to the James Beard House kitchen to film. These days, you can watch invited chefs cook in the James Beard House kitchen via the JBF Kitchen Cam

This year, the James Beard Awards, known as  “the Oscars of the Food World,” celebrated its 25th anniversary with the ceremony in Chicago.  It was such a highlight in my own culinary journey to attend this festive gathering with my dear friend, Barbara Lazaroff  Here is a list of this year’s winners of the James Beard Awards. How exciting that Chicago ranks second to New York City in having won the most James Beard Awards. Below are some fun “selfies” and photos with well known chefs and culinary personalities who attended this year’s ceremony in Chicago.

A selfie with Chef Daniel Boulud

A photo of me with Barbara Lazaroff and Don Welsh, President and CEO of Choose Chicago

A selfie with Dana Cowin

The delicious celebrations continue with the James Beard Foundation’s Taste America!  It’s a moveable feast! You can sample the delicacies at upcoming venues in Chicago, San Francisco and Los Angeles.  Click here to purchase tickets! I will be attending the Chicago event and can’t wait to try Yuzo Kosho! Stay tuned for some fun pictures of that evening. Also, if you visit New York City, consider making a reservation to dine at the James Beard House. If you want inspiration in your own home and kitchen, check out the recipes on the James Beard Foundation’s website.

As James Beard said, “Food is our common ground.”  In 2012, the U.S. Department of State partnered with the James Beard Foundation to launch the Diplomatic Culinary Partnership and created the American Chef Corps, a group of chefs who will act as food-focused statesmen to showcase American cuisine and ingredients around the globe.  Susan Ungaro discusses the success of the Milan Expo 2015 and the James Beard Foundation’s pop-up restaurant JBAR in the U.S. Food Pavilion.

Susan Ungaro provides a sneak peek into the upcoming documentary about James Beard called America’s First Foodie.  James Beard was teacher and mentor to the culinary greats such as Alice Waters, Wolfgang Puck, and Charlie Trotter.

I think it’s fitting to end this post with a quote by Julia Child, featured in the opening line of the film’s trailer, “In the beginning, there was Beard.”