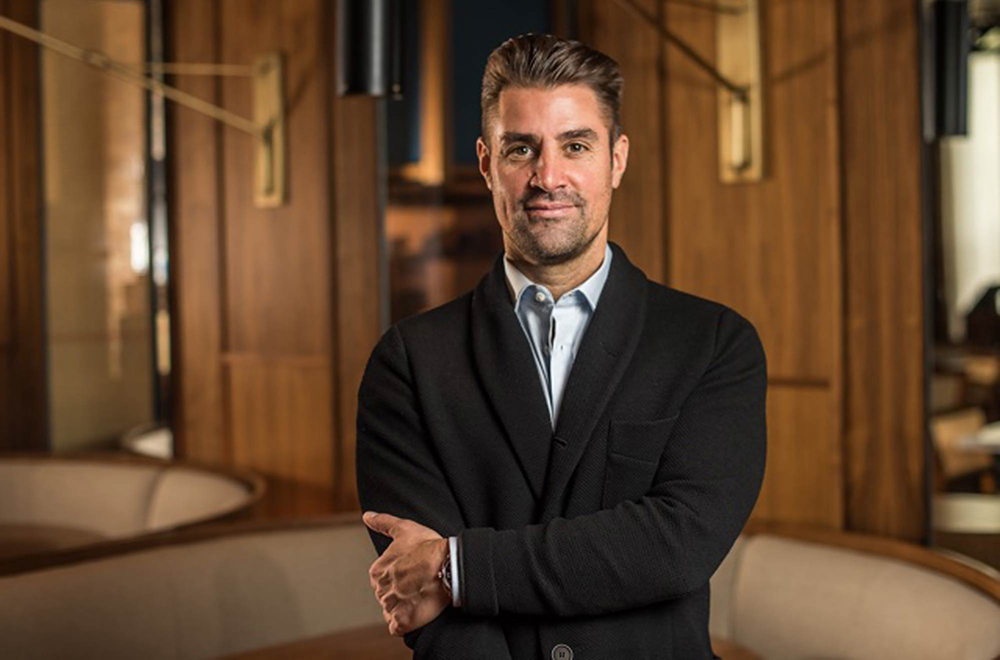 “Chicago is a choice for me.  When I had a six table restaurant in the Florida Pan Handle in 1993, my dream always was that maybe some day I’ll be able to have a restaurant in Chicago and sit down with the smartest restaurant people around.”

At age ten, Kevin Boehm knew that he wanted to become a restaurateur.  In 2002, he and Rob Katz founded Boka Restaurant Group  (BRG) and it has become one of the premier chef-driven restaurant groups in the country.  With four prestigious James Beard award nominations in 2018, BRG had the highest number of nominations in the country, and Kevin was nominated for Outstanding Restaurateur.

Unfortunately, BRG didn’t win a James Beard award this year, but with this dynamic duo, the sky is the limit!

Recently, my co-host Chef Jaime Laurita and I had a kitchen chat with Kevin Boehm in the Viking and La Cornue Showroom at the Merchandise Mart.  Boehm shares some fascinating stories from his culinary journey – one which even involves his hair catching on fire at his first restaurant in 1993.  In addition, Boehm discusses the challenges of opening up seven restaurants in 19 months.  Both he and Chef Jaime agree that Chicago has a culture of comradery within the restaurant industry, and the people of Chicago embrace great food and hospitality.  Now it looks like BRG is expanding outside of Chicago.  It was announced a few days ago that Chef Stephanie Izard’s Girl and the Goat will open a new restaurant in LA next summer.

Here are Kevin Boehm’s three tips for the home chef:

What are your favorite Boka Restaurant Group restaurants to dine at in Chicago?