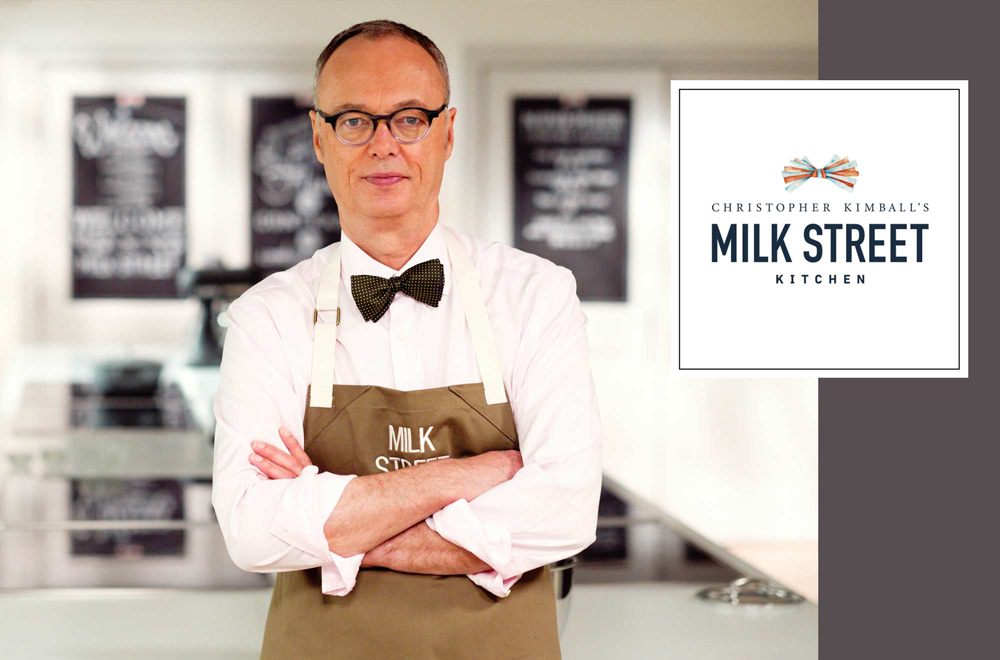 “An amalgam of styles around the world – that’s what’s going to happen in the home kitchen. It has already started. If you begin with big flavor then you end with big flavor… It’s transformative.”  Christopher Kimball, founder of America’s Test Kitchen and Milk Street

Christopher Kimball’s culinary journey began in childhood when he made his first chocolate cake.   As founder of America’s Test Kitchen along with his latest creation, Milk Street, Kimball is considered to be a global expert on the art and science of food. He is the Maestro of Big Flavor.

Kimball believes that baking an apple pie is the litmus test for a good home chef.  His recommendations include using a variety of apples and understanding the consistency of moisture in each type of apple.  Kimball doesn’t like to use cinnamon in his apple pies, and he limits the sugar.   Here is a video of Christopher Kimball on The Rachael Ray Show making an apple pie.

Kimball thinks that the next new flavor in the United States will be bitter. He explains,  “Bitter is highly prized in lots of cultures such as bitter melons, etc. because it’s a strong flavor and it’s important to pair bitter with other things.”

Through his multi-media platform of Milk Street, Christopher Kimball helps the home chef conduct an orchestra of global flavor notes.  Here are three of his top tips for the home chef:

What are some global flavors that you are enjoying in your home kitchen?