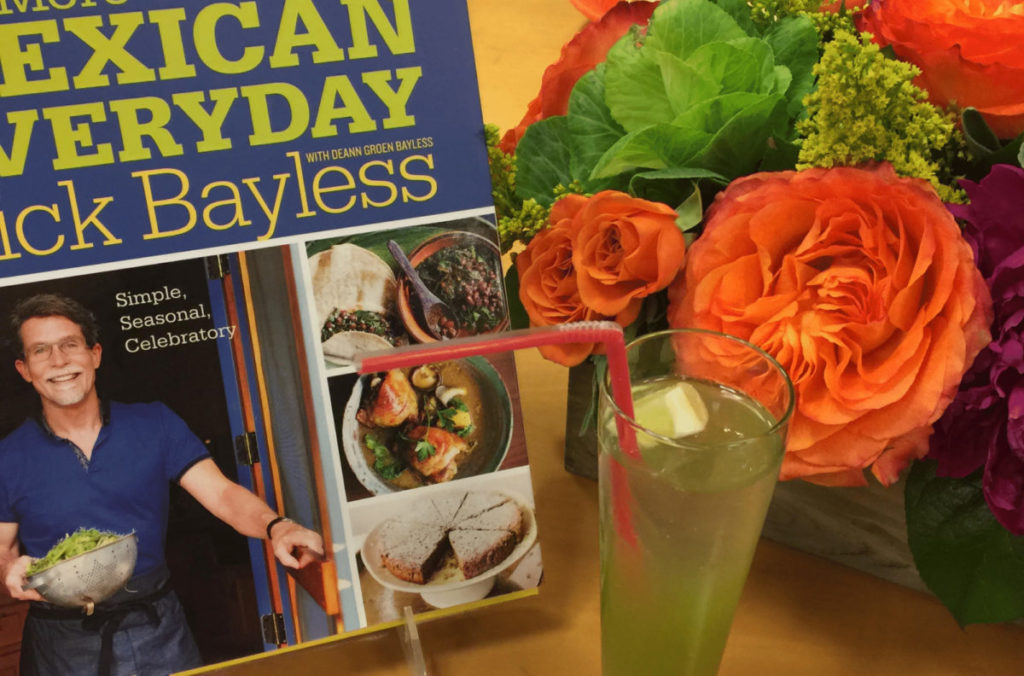 What are you bringing home from your local farmers’ market?

Are you ready to create a vital and bold flavor profile with the produce? Chef Rick Bayless, a Maestro of Mexican Cuisine, provides tips, techniques and recipes from his latest cookbook More Mexican Everyday that will delight your palate.  Chef Bayless is an award winning chef, restaurateur, entrepreneur, cookbook author and philanthropist.  Over the past decade, his Frontera Farmer Foundation has funded over $1.5 million in grants to help small midwestern family farms bring delicious produce to the marketplace.  Chef Bayless is a Renaissance man and chef who savors the authentic flavors of Mexico and shares his expertise and passion with the home cook.

Chef Rick Bayless shares great tips about produce from the farmers market and the grocery store:

Trim away any of the cauliflower’s stem that protrudes beyond the head, then set the cauliflower head (stem-side down) on your cutting board and cut it into “steaks.”  With a large knife, trim off a half inch or so from both the right and left side of the head (this gives you two flat sides; save trimmings to sprinkle on a salad), then cut what remains into 1-inch thick slabs.  Or, cut the cauliflower into 2-inch chunks.  Arrange the cauliflower on a large plate in a single layer, cover with plastic and microwave at 100% until crisp-tender, about 5 minutes.  Uncover, season with a little salt and let cool.

Heat a gas grill to medium-high or light a charcoal fire and let it burn until the coals are covered with white ash and the fire is quite hot.

While the grill is heating, in a small, microwave-safe bowl combine the raisins and tequila (or juice). Cover and microwave at 100% for 30 seconds.  Without uncovering, let cool to room temperature.  Scoop the raisins into a food processor and pulse a few times until roughly chopped.  Add the peanuts (or pumpkin seeds) and continue to pulse, 6 or 8 times, until roughly chopped.  Transfer the mixture to a bowl.

Melt the butter in a small (1 to 2-quart) saucepan over medium heat.  Cook, swirling the pan regularly for a couple of minutes, until the butter is golden brown.  Add the garlic and store for a minute, then pour into the bowl with the raisin/nut mixture.  Store in the hot sauce, black pepper, 3 tablespoons water and, if you’re not using salted butter, a little salt.

Liberally brush the cauliflower on both sides with the buttery part of the mixture (leave the solids in the bowl), sprinkle with salt and grill until warmed through and richly marked by the grill grates, about 4 to 5 minutes per side.  Remove to warm dinner plates.  Rewarm the buttery mixture, stir in the chopped cilantro or parsley and spoon over the cauliflower steaks.  Sprinkle with cheese and your cauliflower “steaks” are ready.