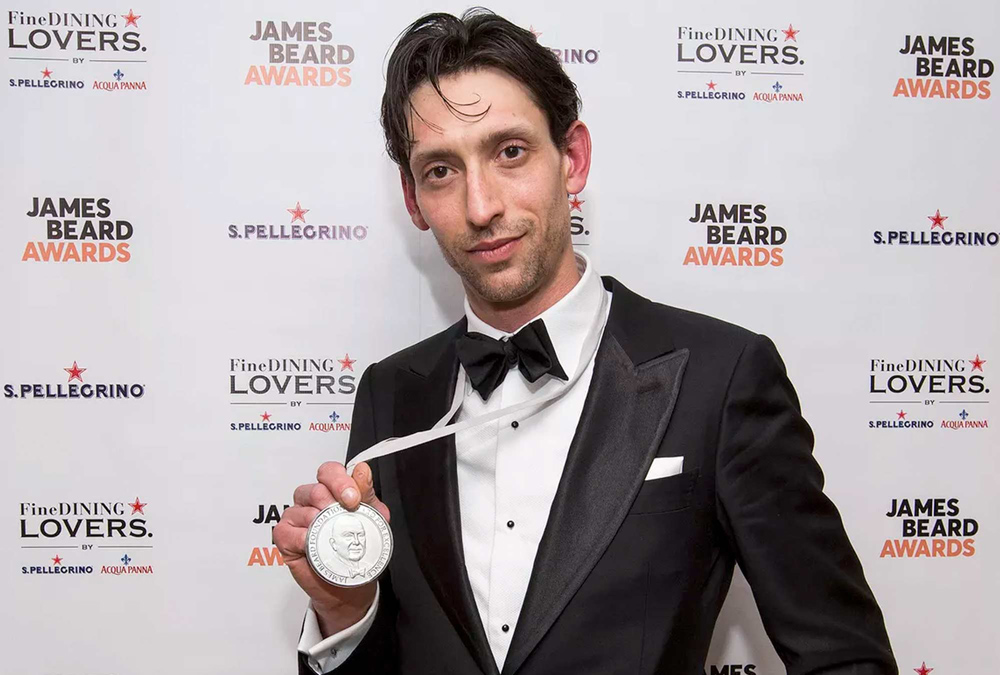 “Fat Rice is a symbol of abundance, generosity and hospitality.”

Chef Abe Conlon’s intense passion for food began at an early age.  Growing up in Lowell, Massachusetts, Conlon developed an international palate influenced by his multicultural suburb with a vibrant Southeast Asian community along with his family’s Portuguese heritage.  During school lunch, his classmates would share items such as shrimp paste, which remains one of his favorite flavors to this day.

Recently Chef Abe Conlon joined Chef Jaime Laurita and me in the Viking and La Cornue Showroom for a Kitchen Chat to share the highlights from his culinary journey.  We enjoyed meeting him on the Red Carpet at the James Beard Awards.

After graduating from the Culinary Institute of America, Chef Conlon opened a restaurant in the Dominican Republic, launched a restaurant in DC and then worked at the highly acclaimed Augustine’s in Fredericksburg, Maryland. Inspired by the chefs in Chicago, Conlon ventured to the Windy City.  He landed at Whole Foods as a food demonstrator where he taught weekly cooking classes, including improv nights where participants would pick any ingredient from the store aisles for Chef Conlon to cook.  That experience was the catalyst and precursor to creating a supper club with his business partner, Adrienne Loh.  They hosted over 500 dinners during five years with no repeated menus.

While visiting Macau, Chef Conlon was inspired by a Macanese home chef, Dona Aida de Jesus.  Her flavorful fusion of Portuguese-Asian influenced Chef Conlon to return to his childhood roots. He and his business partner, Adrienne Loh soon created their restaurant, Fat Rice in Logan Square.  As Chef Conlon explains, “The name Fat Rice informs you to expect hearty, satisfying homestyle dishes that have elements from multiple cultures across the globe, all in one.  It’s a natural thing.  Not created by a chef.  It is just created through family and tradition.”

Here are Chef Abe Conlon’s tips for the home chef: