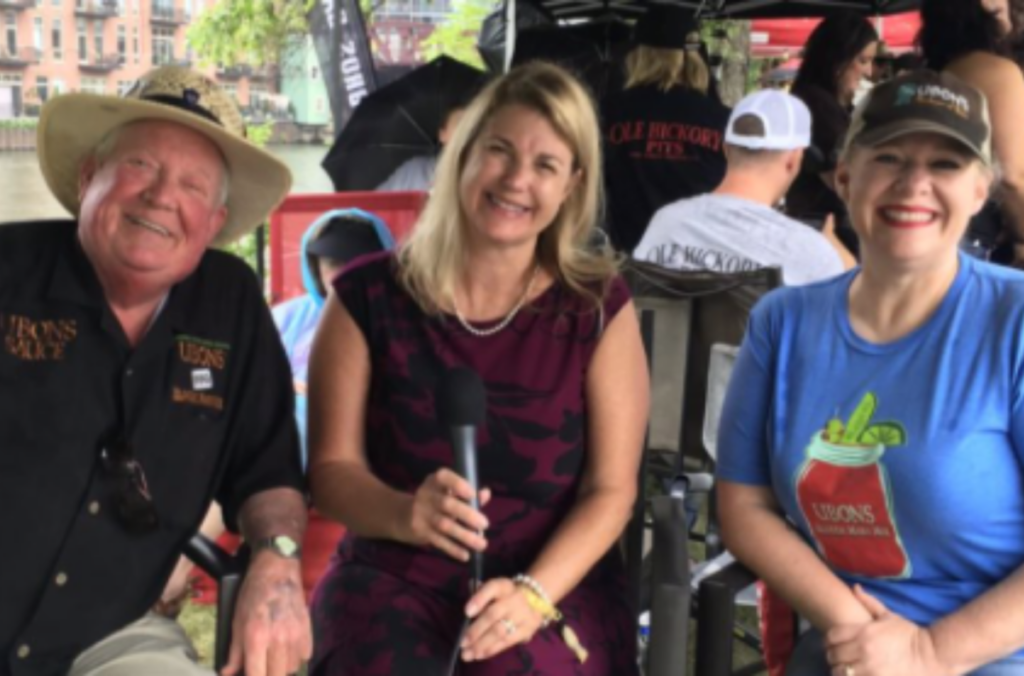 “Ubon was my daddy. Family BBQ goes back several generations. To know that that name will live on through my baby and my grand baby, it’s real uplifting.” Garry Roark. July 14, 2018. Windy City Smokeout

Garry Roark was a gracious gentleman, a formidable BBQ pitmaster and above all a loving father and family man. What an honor to have interviewed Garry and his daughter, BBQ Princess, Leslie Roark Scott twice at the annual Windy City Smokeout. Garry died just a few weeks after this interview in 2018. I purposely held onto this video to let some time pass before reaching out to Leslie to ask her permission to share this special Kitchen Chat. Leslie encouraged me to share this to honor her father, and I thought that the week of Father’s Day would be such a fitting time. My heart aches for her and her family as they continue to mourn the loss of Garry. Both Leslie and I were truly blessed to have fathers who encouraged their daughters to pursue their dreams.

This special interview captures the love and pride Garry had for his family. He was especially pleased that Leslie and her son, Jason are continuing the family legacy of BBQ. Leslie fully credits her father for opening that door for her. “I feel like sometimes I am kinda a pioneer for women in BBQ. Since I started almost thirty years ago, I’ve seen the path change from a footpath to an interstate system. There are so many amazing women in BBQ right now,” Leslie said. And Garry expressed how proud he was that Leslie and Jason would be cooking at the James Beard House for a special event called, “A Night in Yazoo City.”

Here’s to Garry Roark’s beautiful legacy of family and food.